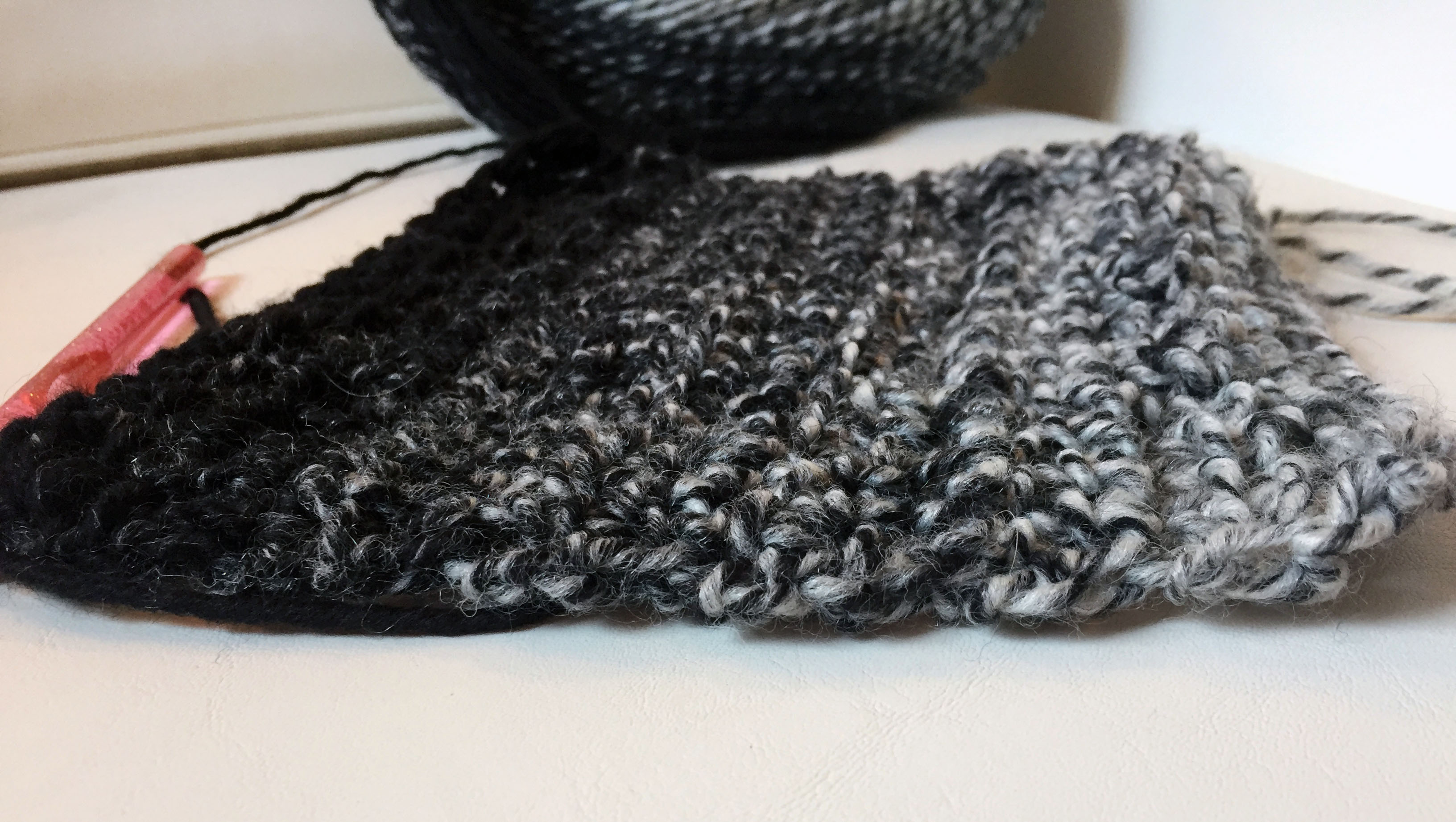 Sometimes scarves are one of the simplest gifts to make someone special. There is lots of flexibility in the length, width, color and style. Often times, a pattern isn’t even necessary to create a scarf! Just cast on (or chain) and go! Up until recently, I’d just grab a couple skeins of my favorite yarn from my stash and get started.

I say until recently because not too long ago Lion Brand introduced a game changer to the yarn industry: Scarfie. Scarfie is available in beautiful color combinations and creates a gorgeous ombre effect once it’s worked up. The packaging boasts that you can make one scarf with just one ball of yarn! So is Scarfie everything it’s cracked up to be? Let’s find out!

While creating a scarf with one skein of Scarfie is totally possible, I was seeking to make a thicker scarf and picked up two skeins of the same color way for a gift I wanted to make. The yarn has a beautiful texture and feel to it. The band around the yarn showed a beautiful ombre scarf that I was excited to create!

Scarfie is a bulky weight yarn and is made of an acrylic and wool blend. I found that the fiber combination was a perfect match. The acrylic adds durability to the yarn, keeps the cost down and the wool fibers contribute to the warmth of the fabric once created. The yarn can be machine or hand washed, but it should be laid flat to dry. (Wouldn’t want that wool to shrink up on you!) 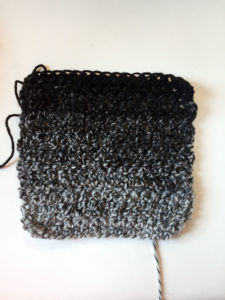 This swatch shows how perfectly the ombre effect takes shape when working with Scarfi yarn!

For my project, I chose to crochet my scarf. The yarn band recommended a K crochet hook, so I grabbed my sparkly pink hook, created a slip knot and chained 19. I tend to crochet a bit more loosely than knit and I wanted this scarf to have a nice drape, so I keep my stitches airy and light. Once I got to the end of my chain, I turned and inserted the hook into the second chain from my hook. I worked 17 single crochet stitches across to the end, chained two and started working in double crochet rows. Every so often I’d switch back to a single crochet row or even toss in a triple crochet row. That’s the beauty of working without a pattern. Complete flexibility and improvisation.

The longer my scarf became, the more more beautiful it looked. The simple stitches looked very elegant as they slowly transformed into a sophisticated gradient of color changes.

I wanted my scarf to look as professionally as possible and chose to create a seamless color change when I needed to add a second skein of yarn. To do this, I simply unraveled the new skein of yarn until I arrived at the same color repeat as the working skein and joined the yarn in the appropriate place. After continuing to work, it appeared that I had used the same skein for the entire project! 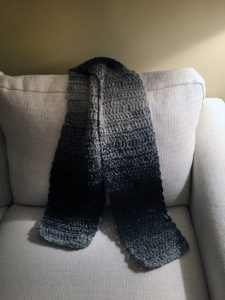 By working intelligently, you can create a symmetrical color pattern with Scarfi yarn!

Knowing I wanted the scarf to fall at each hip and be symmetrical, I continued to work rows until I was close to the length I needed. Then I examined the color pattern closely. I continued to work the scarf until the color pattern matched! This meant that the scarf was a little longer than originally anticipated, but it worked out great! If you’re looking to get started, grab a skein of Scarfi and crochet hook today!